Drapac Cycling: End of an Era 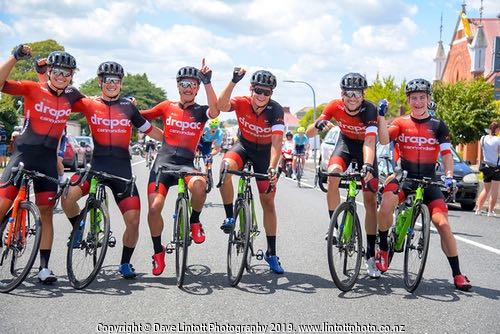 After 16 years of racing at all levels in its sport, Drapac Cycling will be lining up one last time at Sunday’s Shimano Supercrit.

Said Docker, “It’s going to be good to get the band back together, and it will give us a chance to iron out the lead-out train we had back in Korea in 2006!”.

Lining up for Drapac Cycling will be the whole 2019 squad including sprint sensations Jensen Plowright and Theo Yates. “I’m excited to line up for my Drapac boys one last time at Supercrit”, said Plowright. “I’ve always looked up to the Drapac team as a kid and finally getting to pull on the kit this year has been amazing”.

“This will be my first time lining up for Supercrit, so I’m super excited to race one of Australia’s most hotly contested criteriums”, added sprinter Theo Yates. “The boys and I are going to leave it all out there and enjoy our last race with the Drapac family”.

Liam White, who has been with Drapac since 2014 is looking forward to pulling on the kit one last time, saying “I am forever grateful for the support that Drapac has provided me over the years ”.

Sport Director Agostino Giramondo will be winding up his long career with Drapac Cycling this weekend too, saying “I am truly honoured to have worked for this team over so many years and to have seen some great bike riders and people come through the system”. Agostino will be moving into a race director role, with the iconic Melbourne to Warrnambool NRS race being first up on his agenda.

General Manager Vasanta Iyer will also be moving into a new operations role with Volleyball Australia. Said Vasanta on her 3-year stint with the team, “Working at Drapac Cycling has been life-changing. Getting to work with the boys at such a formative time in their lives has one of the most rewarding experiences for me. I leave this program being incredibly proud of each and every one of them and I know that they are all destined for greatness”.

Drapac Cycling will finish the 2019 season with a National and Oceania title, two UCI stage wins, an NRS tour win (Tour of Tweed) numerous NRS stage wins and podiums, and a very successful European stint with wins, podiums and top ten results in Belgium and The Netherlands.

Drapac Cycling would like to sincerely thank all of its athletes, staff, and the team’s partners for all of their support throughout the years.