Drapac Cycling to compete at the 2019 Oceania Road Cycling Championships 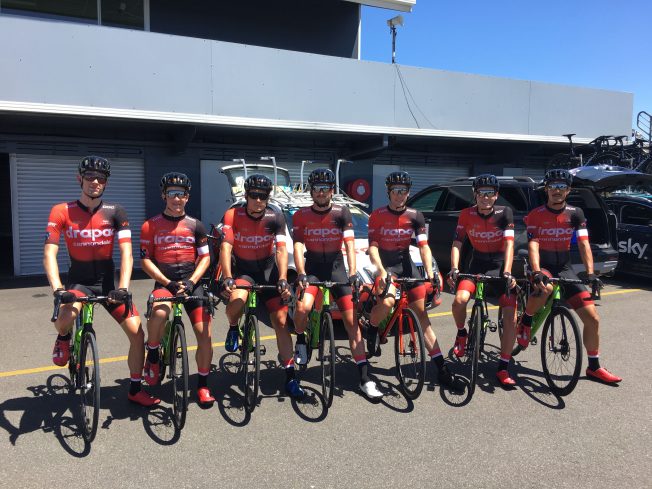 After a successful start to 2019, The Drapac-Cannondale Holistic Development team is heading to the Oceania Road Cycling Championships, beginning this Friday in Tasmania.

“My goal is to continue my recent form from Nationals and win the Under-23 Oceania Time Trial”, said Liam on his plan for Friday’s under-23 time-trial course. “This year a win at Oceania’s will hopefully book me a place in the National team for the World Championships later in the year, which is a major goal of mine”.

Fellow under-23 teammate and local rider Zac Johnson will also be competing in Friday’s time-trial. Zac joined Drapac in February and endured a tough Sun Tour campaign with the team, however, is looking forward to getting back into racing in his home state.

Drapac-Cannondale will be hoping to recreate its success from 2018 in Sunday’s road race, where James Whelan and Cyrus Monk came in 1st and 2nd in the under-23 category.

Liam Magennis, Zac Johnson, and Liam White will also be competing in the road race and will be joined by teammates Oliver Martin and Ryan Thomas. This is Ryan’s first race with the team in 2019, as a knee injury hampered his start to the year.

Said Ryan on his return to racing, “I’m really looking forward to racing again, and especially with my Drapac teammates. We built some really good foundations back at training camp in December, so I can’t wait to put it into practice with the boys in Tassie”.

The 2019 Oceania Road Cycling Championships begins on Friday with a 40km time-trial in Evandale and will conclude with a 158km road race in Railton, Tasmania.