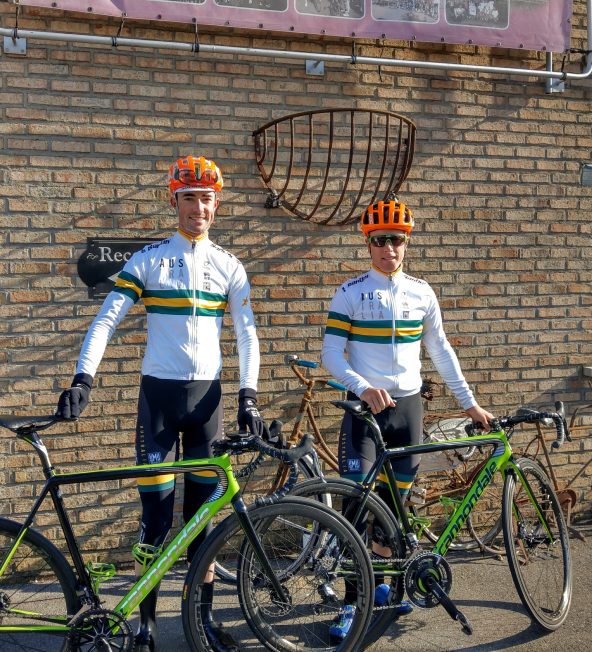 The Drapac EF p/b Cannondale Holistic Development team is very proud to announce that scholarship holder’s Cyrus Monk and James Whelan will be competing for the Australian National team at the under-23 Ronde van Vlaanderen in Belgium and the ZLM Tour in the Netherlands.

This will be Monk’s third time racing in Europe, after spending the last two seasons in Belgium with the Drapac Development team, also gaining a stagiaire spot in WorldTour team EF Education First-Drapac (formerly Cannondale-Drapac) in 2017.

“It will be a huge honour to wear the green and gold bands for the first time in the U23 Tour of Flanders, which is a very prestigious race. I’m looking to draw on the experience and results gained from racing in Europe previously with Drapac to make the most of it and represent Australia well”, said the under-23 National Champion of the prestigious opportunity.

The University of Melbourne student will be graduating from in June with a science degree, with hopes to also graduate to the WorldTour later this year with EF Education First-Drapac Pro Cycling.

Whelan, who is a relative newcomer to the sport has enjoyed a quick rise through the ranks in the cycling world. He won his first under-23 Oceania road title last weekend in Tasmania, with teammate Cyrus slotting into 2nd place behind him.

Said James, “I am very humbled to be given the opportunity to represent Australia in these under-23 one-day races in Europe. I’m very lucky that my friends, family, and University are so supportive of my sporting endeavours”. James is also undertaking a bachelor of urban planning at RMIT alongside his already impressive cycling career.

The under-23 Ronde van Vlaanderen will take place in Belgium this Saturday the 7th of April, with the ZLM Tour taking place next Saturday the 14th of April.