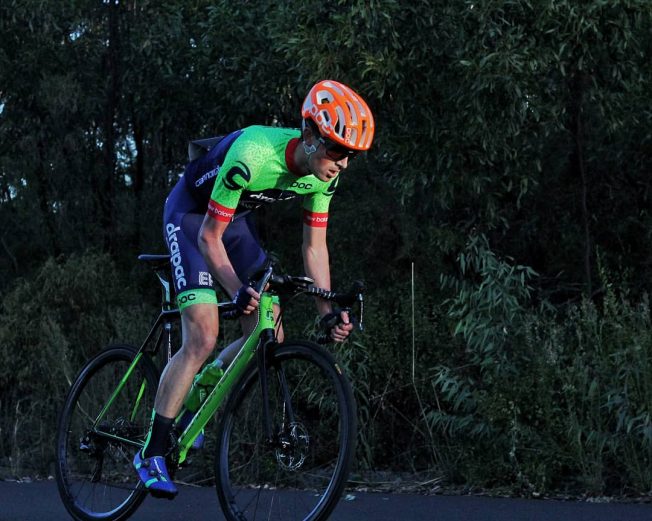 The winner of this year’s U23 Tour of Flanders, James has had a rapid rise to the World Tour, having only taken up cycling two years ago, after an Achilles injury ended his promising running career.

“I’m really excited about this life-changing opportunity to compete at the highest level of cycling, said James on his new opportunity. I’m very much looking forward to the unique opportunities and finding my feet in the professional peloton”.

His cycling career officially took off in January, when he came second to now-teammate Cyrus Monk in the under-23 National Road Race Championships.

What followed was offers from several continental teams for him to join them for the remainder of the 2018 season.

He opted to make the move to Drapac EF p/b Cannondale and hasn’t looked back.

“I was fortunate enough to get a scholarship with Drapac EF earlier this year after my ride at Nationals,” he said. “It was a logical choice for me as they encourage and support our educational aspirations as well as our passion for cycling”.

James is a third-year student at RMIT, studying a bachelor of Urban and Regional Planning. He will complete his degree at the end of 2019, while having just finished his first season in the World Tour.

“Planning and liveability of space is a big passion of mine, and I’m fortunate to have something to focus on alongside cycling and to be supported in doing both,” the 21-year-old said. “I also hear there may be a job opportunity at team sponsor, Drapac Capital Partners in the future!”.

Team owner and Drapac Capital Partners Chairman Michael Drapac is ecstatic with the news saying, “the signing of James Whelan to our World Tour team is a true testament to the Drapac philosophy of developing young riders off the bike, which will, in turn, help them reach their full potential on the bike.

“James demonstrates perfectly that sporting success can be achieved not at the sacrifice of other important life accomplishments”.

James is currently in training to prepare for Drapac EF’s European block of racing, which is designed around the riders university commitments.

Drapac EF will compete in various one-day UCI races in Europe, before James moves to EF Education First-Drapac’s base in Girona, to finish the season with our World Tour team in a stagiaire role.

The rest of the team will then continue its National Road Series campaign, in Australia, alongside their various educational commitments.

For any inquiries, please contact Drapac Cycling management at info@drapaccycling.com