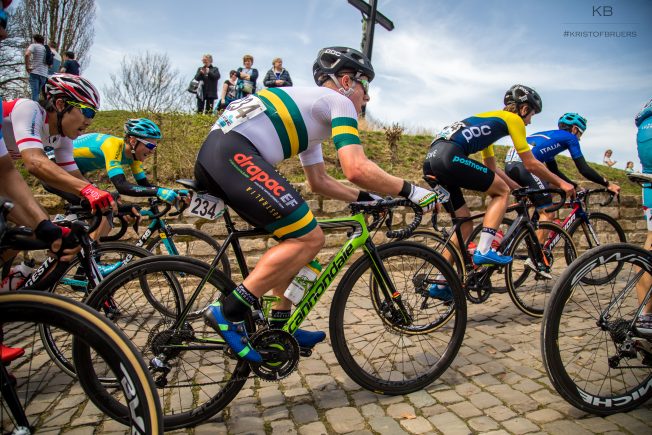 The Drapac EF p/b Cannondale Holistic Development team is proud to announce that four of its riders will be representing Australia at the upcoming World University Cycling Championships.

One rider from Drapac selected to represent Australia is current under-23 National Champion and current World University Champion Cyrus Monk from the University of Melbourne.

The championships are at the perfect time for the Drapac representatives who will be wrapping up their European block of racing at the end of July.

“I’m looking forward to defending the road race title with the strongest Uniroos cycling team to represent Australia in recent times. I can’t wait to see what our team can achieve up against students from across the world”, said defending champion, Cyrus Monk.

Monk will be competing in both the time-trial and the road race and will be looking to podium in both events after a remarkable start to the year.

It is understood that Bennelong Swiss Cycling Team’s Alistair Christie-Johnson who studies at RMIT will be the fifth rider for the team.

Said Liam Magennis on his selection, “This will be my first University World Championships, and I’m proud to represent Australia through Charles Sturt University. Australia’s got some of the best cycling talents around, so I’m looking forward to showing the rest of the world what we can do”.

The World University Cycling Championships will be held in Braga, Portugal this year, starting with the time-trial on the 31st of July, with the road race to follow on the 4th of August.