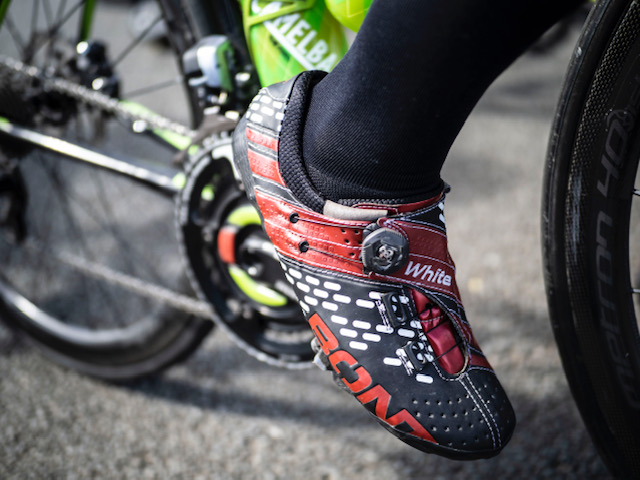 Bont Cycling has a rich history in supporting the development of aspiring Australian cyclists and is proud to continue its support of the Drapac Cannondale Holistic Development Team in 2019. Bont Cycling will kit out the all-Australian roster with a range of Bont Cycling shoes as they take on the National Road Series and UCI Continental circuits.

“Bont Cycling is excited to continue its partnership with one of Australia’s most long-standing and successful cycling teams”, says Bont Cycling CEO Steven Nemeth. “We strongly believe in the program Michael Drapac has cultivated since its inception in 2004 and with four Australian national champions to the team’s name, the squad’s holistic approach is one that clearly works. For young athletes to be encouraged and fostered to think and plan for their lives beyond cycling should be commended”.

Drapac Cycling is thrilled to continue its long-standing partnership with Bont for the 2019 season.

“I’m proud that Bont has chosen to support Drapac Cycling for 2019. Bont has and will continue to contribute to the many successes that our team will celebrate this year”, said Michael Drapac, founder of Drapac Cycling.

Drapac Cycling is a platform for exceptional individuals to pursue sporting, academic, and life goals. The team places importance on both athletic achievement and personal development. In recent years Drapac Cycling has boasted U23 National Road Champion Cyrus Monk, and U23 Ronde van Vlandaaren Champion James Whelan. This year the roster boasts current U23 National and Oceania time-trial Champion Liam Magennis, Tour of Iran and Tour of Thailand stage winner Theo Yates, and up and coming youngster Jensen Plowright, who recently won his first UCI stage at the NZ Cycling Classic.

Since 2008, Bont Cycling has dedicated itself to producing the world’s most technically advanced and anatomically correct cycling shoes. Designed and built to withstand the rigours of professional cycling across all disciplines, Bont Cycling shoes have since been ridden to a Tour de France overall victory with Bradley Wiggins along with countless Olympic and World Championship medals on the track and numerous professional wins on the road. Bont Cycling currently offers 14 models covering road, triathlon, track, time trial, MTB and gravel requirements with up to 19 sizes, fourth widths and full custom options available.